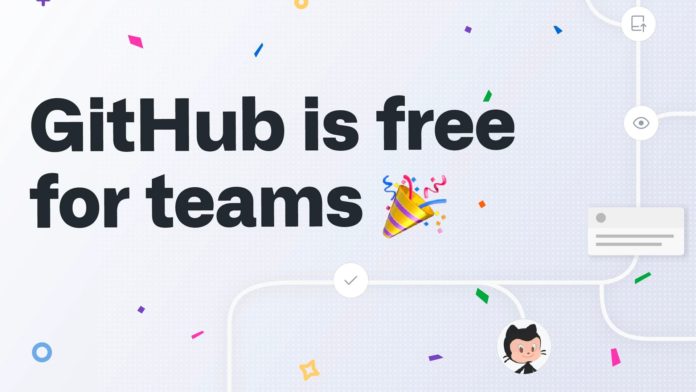 GitHub has been able to cram in a lot of features for free for everyone who was paid before. How did that happen? – Microsoft’s acquisition.

Microsoft made one of its biggest acquisition ever – 7.5 billion dollars – for a git repo hosting website, back in late 2018. There has been so much noise in many communities on the topic. People argue why this was so bad for open source, and how “Microsoft is going to kill GitHub”.

But I guess every quarter or so, GitHub proves every single person who argued that way wrong, again and again.

GitHub has since then been rolling out a number of minor and major updates to the platform. They introduced their own package registry, and then later acquired npm this year. All this was made possible because GitHub now has access to Microsoft resources and talent.

If you just look a couple of years back or so, GitHub was a platform which had:

And it was a big deal then too. But since that time, GitHub has really picked up speed both in terms of features on the platform and how it’s competing with the competition in a better way. And right now, its strongest competitor is GitLab.

GitLab is another git repository hosting service. But it lets you either set it up on their platform (like GitHub) or run your own local GitLab. It also offered plans like GitHub, but with more features and lower prices.

The announcement made yesterday can basically be summed up by these things:

Why does this matter?

At this point, GitHub has honestly leveled up with GitLab. With the powerful ecosystem of GitHub and backing by Microsoft, there’s a slim chance you’d want to choose GitLab over GitHub for any specific reason. Especially if you’re not tied to either platform. As long as you’re not worried about Microsoft stealing your data.

Sure, you can go with GitLab too – it’s just a matter of choice. But the thing here is that while GitLab used to win in terms of features, now the two are pretty much equal.

This means that GitHub is all set to compete. And competition creates innovation, which always benefits regular users. Healthy competition is really necessary for the betterment of technology, and this is what we are witnessing right now.

For you, as an individual developer, this means you’ll be taken care of more while GitHub focuses on bringing huge value to their enterprise and paying customers – people from which they make money.

Even if GitHub is facing losses right now, they’ll be okay because Microsoft is backing them. It’s just like Amazon eCommerce does fine despite losses as AWS covers them nicely and neatly.

Things are getting really interesting out there! I’ve been personally using CircleCI for codedamn – a platform for developers to learn and grow, for CI/CD. But I’ve discovered that I can probably centralize it using GitHub Actions only!